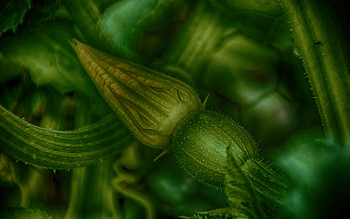 FRANK FLOYD HIGHTOWER, a native of Pittsburgh, received his early education in photography by working in his father’s darkroom. In his senior high school year, he was the yearbook photographer for the Oliver High School Omicron. After high school he spent a great deal of time experimenting with various traditional dark room techniques. He credits the enhancement of his creativity to meeting a group of local African American college students, community workers and artists at a Black Power meeting in the mid-sixties in the Hill District of Pittsburgh in 1966. It was the first time he met poet/playwrights Rob Penny and August Wilson both who had a profound effect on how he expressed his photography as an artist. He spent a great deal of his early years photographing the African American Cultural experience in Pittsburgh in the late sixties. He helped to establish the Black Horizon Theater created by Curtiss E. Porter, Rob Penny and August Wilson.

In the early seventies he attended and received his formal photography education from the Antonelli School of Photography in Philadelphia. Upon graduating in 1972 he worked as a Project Director under the guidance of his childhood friend William E. Strickland and Nationally recognized industrial and commercial photographer Fred Kenderson. He helped to establish the first photography component taught at the Manchester Craftsman’s Guild on Buena Visita street in Pittsburgh’s North Side in 1974.

He received the Gold Ribbon for Best Photograph in his Portrait class at Antonelli School of Photography and the Keeper of the Flame award presented by the Legacy Arts Project in 2010, for his Photography and Playwright work in the community. He has shown his photographs in numerous professional and juried exhibitions including the Pittsburgh Courier, the Pittsburgh Post Gazette, the Carnegie Lecture Hall of Pittsburgh, under the leadership of J Brooks Dendy III, the Pennsylvania Council for the Arts “Expressions of Excellence”. The Sewickley Sweetwater Museum, the National Urban League Convention, the Senator John Heinz History Museum, the Frick Fine Arts Museum, the University of Pittsburgh’s McCarl Center, the Pittsburgh Center for the Arts, the State Museum of Pennsylvania, the Pittsburgh Society of Artist as a member and exhibitionist, and the National Afro-American Museum and Cultural Center at Wilberforce University in Ohio.

In 1987 he became an active member of the Kuntu Repertoire Writers Workshop, writing his first play “LIFING”, at the suggestion of Rob Penny, he sent his play to the equity ETA Creative Arts Foundation theater in Chicago where his play was chosen to be performed in the 1997-98 season. He worked with the distinguished Dramaturge Paul Carter Harrison and Director Ron O.J. Parson who help him refine his play for stage production. His character “Blindman” Wiley McGee in “Lifting” was performed by classical blues singer Fernando Jones. Jones’ performance earn himself a nomination for a Chicago Jeff award. In 1998 his character “Minnie” Kincade in his play "Lifting" performed by actress Bridgett R. Williams won the Hattie McDaniel Award for best Featured Actress in a play presented by the Black Theater Alliance in Chicago. In 1999 Hightower’s play “Lifting” was performed by the Kuntu Repertory Theater, at the University of Pittsburgh’s Stephen Foster Theater under the guidance of Artistic Director Professor Vernell Lillie and guest director Eileen J. Morris, artistic director of The Ensemble Theatre in Houston Texas. Hightower’s other plays performed by the Kuntu Repertoire Theater are “The House that Carol Built” and “Ruby the Salt of the Earth”.

In the late nineties Hightower developed an interest in the art of stained glass by creating designs and symbols that relate to African American life.